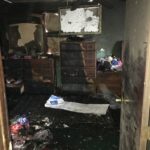 An apartment complex in Manchester, NH recently sustained fire and smoke damage. One of the residents burned their casserole after leaving it in the oven for too long.  While the fire was taken care of rather quickly, the smoke travelled throughout the complex and into other rooms.  The fire was put out and the charred objects were removed. However, the remnants of smoke remained for days on end. Professional smoke odor damage cleaning was needed. 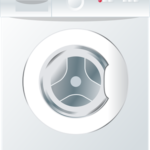 Replacing Appliances After a Fire or Flood, Is It Necessary?

A flood or fire in the home can cause irreparable damage to appliances. Even after the fire is out or the water has been removed, it is possible that the electronic components of the appliances were damaged. High labor and repair costs often make more sense to replace these altogether. 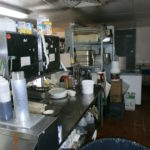 A restaurant in Concord, NH needed fire damage cleanup and disaster reconstruction services after one of the ovens malfunctioned. It caused damage to both the kitchen and restaurant area.  The owners were shocked that the fire had caused so much devastation to their business. They knew they needed to act fast to salvage their operation. 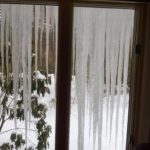 Written by jsolloway on January 18, 2019. Posted in Blog, Construction

Ice dams. The two words strung together are enough to put fear in the heart of New Englanders, and rightfully so. Ice dams are caused by icicles and frozen water damaging the gutter and loosening shingles. The result is water backing up into the house which can leave behind extensive damage. The damage can be repaired by a team like the restoration professionals at Soil-Away, but the best course of action is to take the necessary steps to prevent ice dams from even forming. 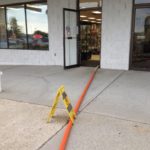 Written by wsigenesis on January 7, 2019. Posted in Blog, Press Release

For publications wishing to pick up our press releases, we will post them on our blog. 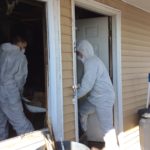 The need for fire and water damage repair was not at the top of the year’s to-do list for one building owner. A science facility in Derry, NH which they owned experienced a huge fire in one of its labs.  Faculty evacuated the building quickly, and thankfully no one was hurt, but the fire caused serious damage to the lab.  The smoke and excessive heat triggered the interior sprinklers. Several of the building occupants tried to put out the fire themselves. Fortunately the firefighters came quickly and hosed down parts of the lab to put out the fire.