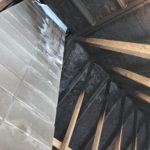 Property repair after a fire can be costly and heartbreaking to anyone. The burden of restoring a home or business is not a project that any Windham resident wants to take on. A New Hampshire business man experienced such an event when he left one too many appliances plugged into an extension cord. He loved to work in a fun environment to keep his spirits and productivity up. He never missed an opportunity to invite team members and friends into his office for fun, music and good times during his down time. During work hours, his fellow team members could hear the high-energy positive music floating throughout the office which sometimes rubbed off on everyone else around him.

One particular evening before he packed up to head home, he noticed that his radio and phone were still plugged up to an extension cord. He also noticed that he had tons of other appliances plugged into the outlets but he paid it no attention and proceeded to walk out the door. When he arrived home, he knew that he hadn’t made the best choice. He couldn’t rest easy knowing that he made such a careless decision and so he tossed and turned all night.

The next morning, he arrived to his office and uncovered a horrible sight. The entire building was black with soot and smoke. He was devastated and he felt extremely guilty for causing such a disaster.

What happens after a disaster?

He instantly began his google search looking for restoration companies near him. After a five-minute search, he decided to call Soil-Away for an estimate and inspection. Within no time, they arrived on scene in their protective PPE suits and inspected the area for property damage. Shortly after, the building owner authorized Soil-Away to start the emergency cleanup and repair process.

All soiled materials that were left behind by the firefighting crew were removed and discarded. Next, the saturated and smoky drywall and insulation was also removed, and the frame was treated to remove odor. Once the structure of the building was clean and sanitized, the entire building was restored back to pre-existing conditions.

Saved possessions during a property repair after a fire

In the case of the happy-go- lucky businessman, once the building was reconstructed, business carried on as usual. The insurance paid to replace all assets such as computers, tablets, printers, and office furniture. Original documents couldn’t be saved in this case but the business owner did have access to saved copies.

To avoid property repair after a fire, it is highly recommended that home and business owners contain important items such as photographs, legal documents and precious heirlooms in water/fireproof storage containers. It is also recommended that these containers are elevated off the ground for added protection in case of a disaster. Of course, tragic life events can’t be predicted, but taking proactive steps are the best line of defense against property repair after a fire.

If you find yourself in an emergency caused by a major disaster, call Soil-Away’s cleaning and restoration team. Their team is led by certified experts to handle property repair after a fire. Their emergency services staff members can be reached 24/7 at (603) 641-6555.