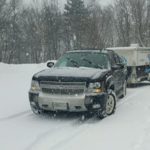 A seaside restaurant in Portland, ME is flooded after a coastal storm.  Several areas of the restaurant are water filled and damaged from the heavy rains.  The owner of the restaurant realized he needed a disaster relief company for extracting flood damage from his restaurant, though he was concerned about what his insurance company would cover. 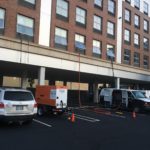 As you meander within your home in Nashua, NH, your nose catches the slight scent of smoke. Panicked, you run around the house, trying to find where it’s coming from. Then you hear a loud sparking sound. You rush to its source to find the room enveloped in flames. You call the emergency number, and soon enough, the firefighters arrive, extinguish the fire, then depart. In the aftermath, you let out a sigh as you now must contend with, what you observed, the electrical fire damage. The task of electrical fire damage cleanup is a tedious task. Not just damaged or lost property, but also the scar that is left behind in the wake of the fire. Having good insurance coverage will come in handy should a fire occur. 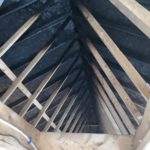 Fire and Smoke Damage – Portland, ME

A house in Portland, ME has fire and smoke damage after a large fire started from an air conditioner malfunction.  The fire occurred while the family was asleep.  The smoke detectors inside the house were not working properly, so the fire was able to spread throughout much of the house unheard.  Thankfully, the family woke up when they smelled the smoke.  Quickly, they rushed their pets outside and called for help.  If they were minutes later, they could have been burned, and their pets may have perished from the smoke and fire.  The family, animals, and the house were saved, but not without serious fire and smoke damage. 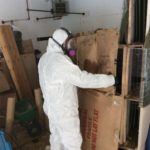 A leaky pipe leads to mold.  It sounds ridiculous, doesn’t it?  Leaky pipes are one of the primary causes for mold development.   The maintenance workers at a doctor’s office in Manchester, NH did not notice sections of their office walls becoming saturated with water until it was too late.  Because of all the moisture, mold developed throughout areas of the wall.  This has left a musty smell throughout the office.  Not wanting to make sicknesses even worse for their patients, the owners closed the doctor’s office and sought immediate mold remediation. 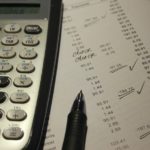 Written by jsolloway on December 20, 2019. Posted in Blog, Water Damage

A flood, causing extensive water damage in a home or business, can be particularly nerve-wracking.  Time is of the essence to remove all of the standing water, as well as any underlying moisture.  The longer the water stays in the building, the more extensive the damage with a much higher risk of mold growth throughout the area.  While it is important to begin the process of filing an insurance claim for the water clean-up, it is also critical to expedite everything as quickly as possible.

The winter months, bringing snow and ice, can be fraught with threats of damage to your home.  From frozen pipes to a hail storm, extreme weather can take its toll leaving behind damage that may require filing a homeowner’s insurance claim.  While you can prepare your home for the winter, in some cases winter damage is inevitable.

The following are the most common areas of damage to the home seen during extreme winter weather. 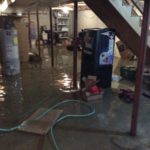 Winter, spring, summer and fall all have their perks for York, ME residents. However, with each season can come weather challenges. Harsh weather can lead to property damage and the need for flood damage restoration services. Summer is peak tourist season for York. Thousands each year look forward to swimming, camping, cookouts and other activities. During these activities we also have to watch out for the weather. Every so often we enjoy a nice rain to help us cool off. But there are terrible storms related to summer weather. Not every day is a warm, relaxing day, even in York, Maine. In the spring and summer, you must always be prepared for thunderstorms, floods, and even hurricanes. 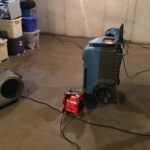 Your house has just had a disaster and you need water damage restoration services. Perhaps you have a leak in your roof; or a pipe burst; or you were the victim of a flood. Whatever the scenario, the last thing you want to deal with is a water damage disaster. Water damage can be very destructive. Natural disasters can cause great harm. Water tearing through your home can really wreak havoc. Even standing water, whether from a natural disaster or a malfunctioning appliance can cause severe damage. It can weaken your structure, destroy contents and in time, mold could form. All this leads to a huge headache for you. If the damage isn’t too severe, there’s a possibility you could repair it yourself, but that’s not always the case. Many times, you will need a water damage restoration specialist to respond. 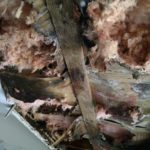 You can’t prevent a storm from occurring, but you can be proactive in protecting your home or office from major storm damage. Know the risk that your city and town have, and take all necessary precautions in protecting your home, office, and business from major damage. Taking the right precautions may minimize the pain of the recovery and lessen the need for extensive storm damage mitigation. 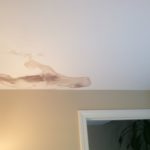 Max, the school district’s superintendent walked slowly down the hall. His heart was filled with pride over how well things were going at this Nashua school. He walked up the stairs to the next floor of the two story building. Just as he reached the top of the stairs his nose caught a musty scent. His heart skipped a beat. Is that mold I smell? He thought. Wasting no time he followed the odor until he came to the attic. He opened the door. As his eyes adjusted to the dimness, he noticed a black slimy substance on the walls and floor – MOLD. Wasting no time he raced back to his office. He told his secretary to find him an excellent mold removal company. With children around, they had to remedy the situation as soon as possible. Mold growth is not acceptable in a school and this was going to be dealt with quickly.