A house fire can be traumatic and stressful for any homeowner. The logistics of recovering from fire damage can be overwhelming. Discovering that your favorite personal belongings and valuables have been damaged by smoke or soot can push anyone to their wits end. It is important for all homeowners in New Hampshire to realize there is a local partner who can help you recover after a house fire. This brief story outlines how Soil-Away’s contents restoration division helped a family save their valued belongings.

With severe fire damage to their home, one local New Hampshire family was looking to salvage any belongings they could extract from their smoldering house. A lot of the larger items, such as furniture, where destroyed. However, they were able to collect clothing, bags and a few stuffed animals for their kids. They were also able to remove a couple family heirlooms which included a hand-knit afghan. The discouraging part was that everything reeked of smoke. Many of the items also had significant soot damage. The house fire had left the family with very little.
The insurance adjuster working the loss took a proactive approach to helping the family. The adjuster contacted Soil-Away’s contents restoration division to see if they could help. Contents restoration manager, Morgan Lawrence, took the lead. Lawrence and her team worked with the homeowners to inventory all their belongings. All the items were brought to Soil-Away’s contents restoration facility in Hooksett, NH. The restorative cleaning process began immediately.

Recovering from a House Fire

The family visited Soil-Away’s facility a few days later. Lawrence reviewed many of the items that had been cleaned. The homeowners were amazed at the results. They thought they were going to have to throw away all of their valued belongings.  Their clothes, bags, blankets and even the stuffed animals had all been saved by Soil-Away. The soot damage was gone. The smoke odor did not exist anymore. This was the family’s first major step of progress in the house fire recovery process.
House fires occur on regular basis here in the United States. According to the National Fire Protection Association’s latest statistics, there were 369,500 house fires in 2013. These fires racked up 6.8 billion dollars of damages. If you or someone you know has sustained a house fire, contact the fire damage restoration professionals at Soil-Away. Soil-Away services south/central New Hampshire and northern Massachusetts. 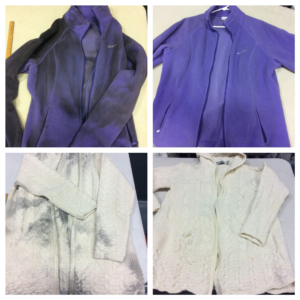 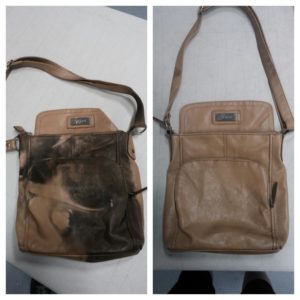 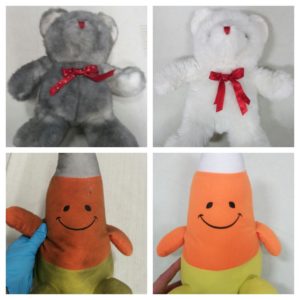 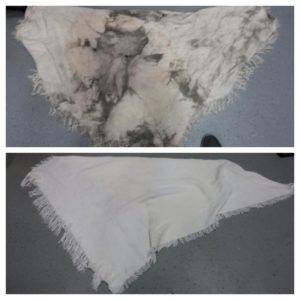 Jay Korsen
00:51 04 Aug 22
All I have to say is WOW and FANTASTIC. I just got done building out my new professional office with Soil-Away’s construction division and they went ABOVE and BEYOND. Scott and Mike, the carpenters are skilled artisans. The project got done on time and the project came in on budget! The finished results have been blowing people away. Much better than I could have anticipated. Anyone is welcome to come to our office, Bright Light Chiropractic in Hooksett to check out the fine work they did. Simply can’t sing enough praises for them. Sorry that the picture doesn’t do the job justice. Thank you Jack and your team. -Dr. Jay

Asian Breeze
04:28 15 Jul 22
Since day one, I’ve known the owner, Jack, to be a hard-working and selfless leader. Through the efforts of him and his team, he was able to restore my flooded restaurant to tip-top shape. I was amazed with Jack’s orderliness throughout the entire process. Jack has proven to me that he is trustworthy, as both a friend and an individual in the work environment.

Breton Langendorfer
21:17 07 Jul 22
Highly recommend Soil-Away. A pipe in our upstairs bathroom gave and sent water down through a wall for at least a day before we noticed water dripping through our kitchen ceiling. Our insurance put us in touch with Soil-Away and they were at our house the next morning to assess the damage and dry things out. Joe, Ray and Tom were phenomenal to work with. They explained every part of the process to us and were very professional and friendly. If you have to deal with similar issues call Soil-Away, you won’t regret it.

Maureen Cidzik
13:49 15 May 22
Superior service from start to finish. Highly responsive. The entire team is dedicated to quality and customer care and it shows in everything they do – from first call, to estimate, to job completion.

Sarah Grugnale
16:02 14 Jan 22
Joe and Tommy were amazing to deal with, they kept us updated every step of the process. They were punctual and hard working, answering all of our questions that we had. Everything was done as promised and even above and beyond. A great experience from start to finish.
‹
›

Soil-Away is a full service disaster restoration contractor. Our team specializes in 24/7 emergency response for fire, smoke, water, flood, mold and biohazard damage to your property. Soil-Away is based in New Hampshire and has been serving commercial and residential clients throughout New England since 1990.